All aboard the Cutty Sark

This was a very special evening however biased I may be. With Aubert de Villaine in town for a dinner at the Cutty Sark. We had a champagne reception on deck with access to the middle deck for those that might not have had a thick enough coat with them, or forgotten hat and gloves! Delamotte Blanc de Blancs NV from magnum is always a good option and drinks so well. For the actual dinner we moved downstairs to eat at tables of ten under the hull. Coated in copper it is a striking place for a dinner. Aubert amusingly noted it was also a wise choice given it was one of the few ships of note that had not fought the French. The menu was a good one that worked very well, the standard especially given it was for 100 people was superb. 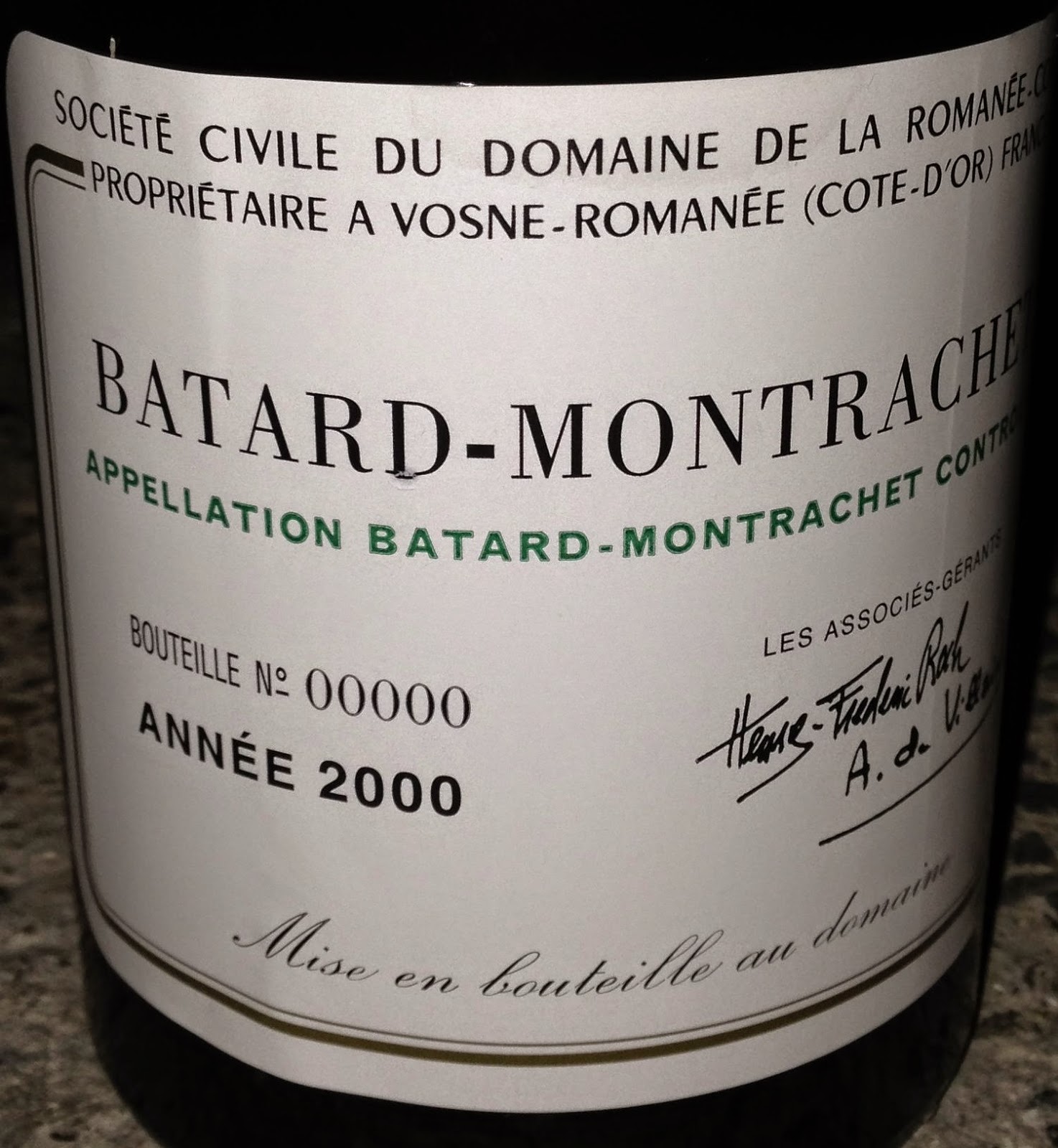 To start the Domaines wines for the evening, all of which had been collected from the estate just 3 weeks before the dinner, we had the Bâtard Montrachet 2000. The Domaine have enough land, two ouvres which is 1/12th of a hectare, in Batard to produce about two barrels. From a conversation I had a few weeks before it appears that the harvest here is always done at the same time as the Montrachet. This was purchased with the Domaines Montrachet in 1966. The wine is never released for sale and in fact this was a very rare excursion outside the Domaine. There is a touch of the tropical about the nose but then there is a balancing saline edge, a lovely richness but it does have freshness. Aubert commented that, like Montrachet, you can really let this get fully ripe without worrying about a lack of energy. As less wine was left in the glass there was a phase when it was a little smokey like lapsang tea and then the empty glass had a lovely dash of butterscotch. A cracking start to the evening. 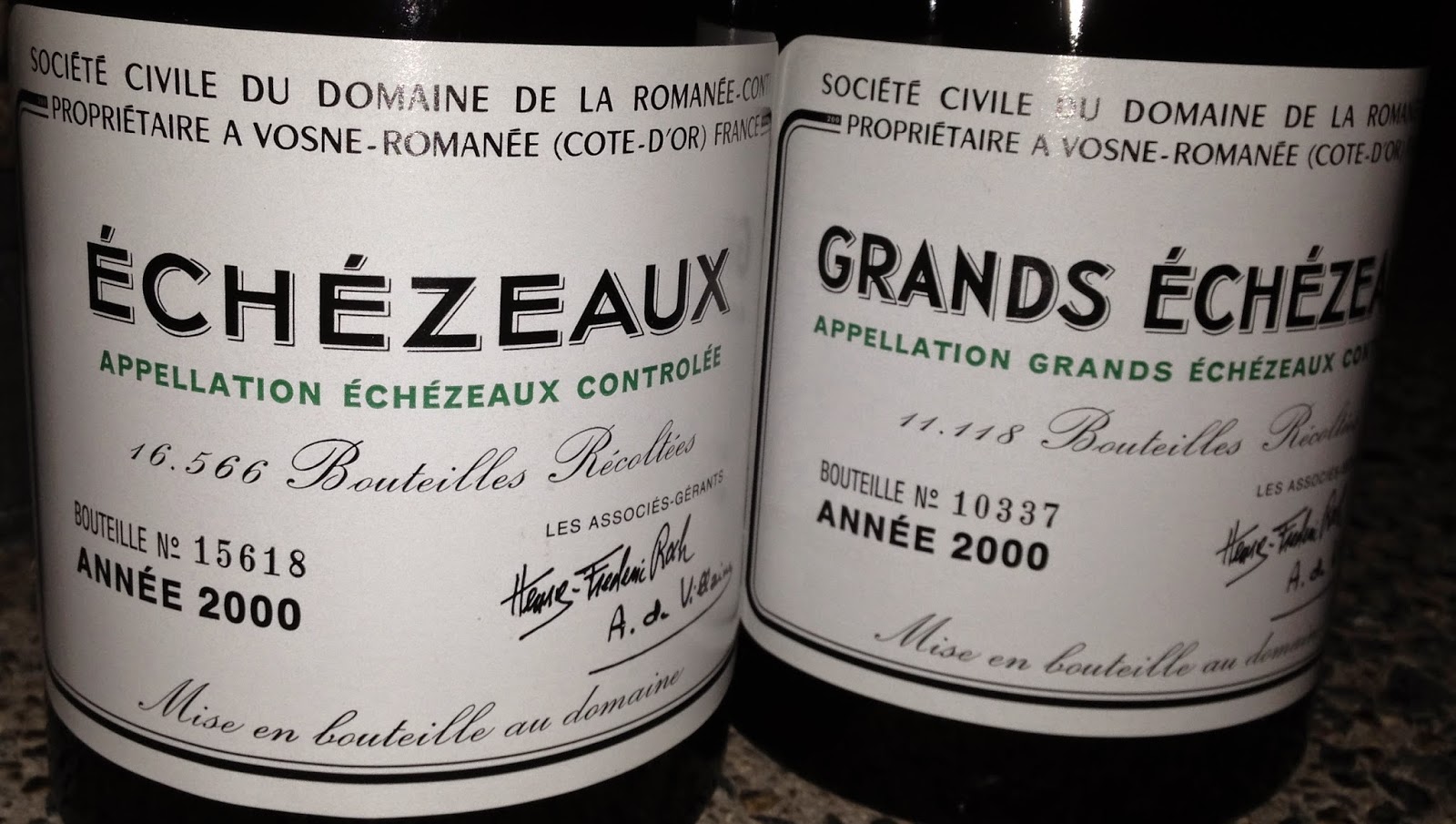 Échézeaux 2000 and Grands Échézeaux 2000 came next, It was a really good pair. The vintage is one that slightly gets overlooked given it falls in amongst '99, '01 and '02. Aubert made a very good point during the evening that to speak nowadays about "great" and "lesser" vintages is really a little pointless, it should be "easy" and "difficult" as there is so much that can be done in the vineyard and in selection. So how were these two wines? Without sounding silly there were both great, but in different ways. The Echezeaux had a delightful airy nose, stones and minerals then berries and raspberries, very bright and wonderfully accessible. The Grands Echezeaux was far more restrained and muted on the nose but then the palate comes alive with so much fruit, really impressive. I finally think after about 16 years I am starting to understand this Cru. It is never showy, always more restrained but serious. 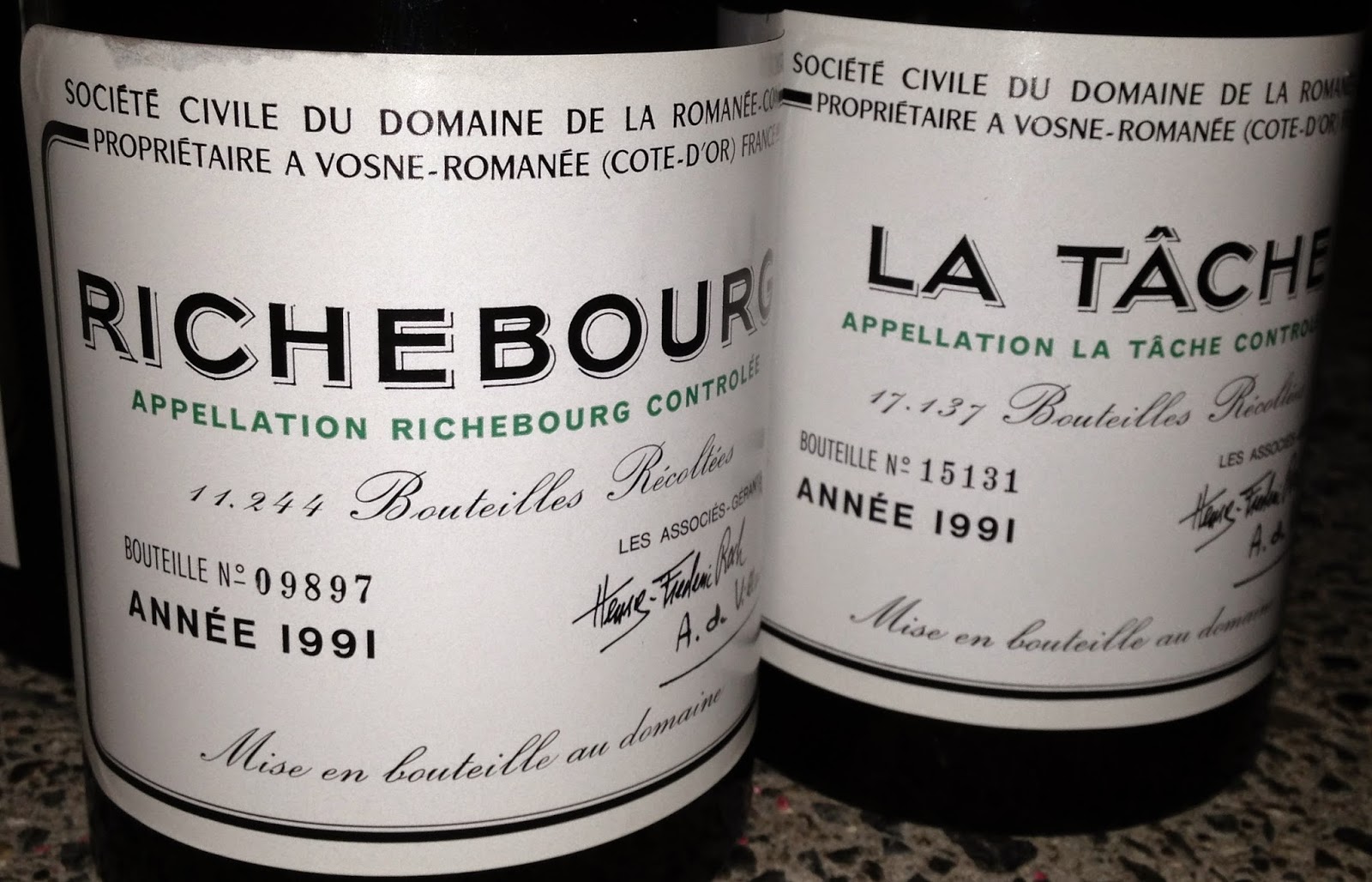 For the main course it was another pair: Richebourg 1991 and La Tâche 1991. Aubert mentioned how 1991 was neither as spectacular or seductive as 1990 but has a long way to go, "the type of wines I really like to make". I have been lucky to have a fair few 1991's from the Domaine in the last few years and I love the vintage, elegance and focus tend to be the words I would use. These two both showed well. The Richebourg was the darker and richer of the two as you would expect but the focus of the wine and precision of the fruit was a massive, good, surprise for me, there was a moreish minerality behind the fruit, really lovely. The La Tache 1991 is always a star, very hard to write about, focussed with red fruit and some gentle spice, "complete" is the word.

From the 1991's we then went to a blind vintage of Romanée-Conti, not an everyday occurrence, this got all sorts of guessing games going. It was precise, elegant, not heavy but very persistent with some gentle red fruits and a tea-like purity, clearly not from a big warm vintage but a wine with refined texture and beautiful weightlessness. The reaction when it was revealed as 1965 was excellent. The fact that a 50 year old vintage that was not in anyway a showbiz vintage showed this well is wonderful.

There was one more "drink" to come Marc de Bourgogne 1979. I think most people were still re-tasting and wallowing in the wines so this may be didn't get a fair crack, I had a glass and liked it as usual, I was though past the stage of tasting notes.

The dinner worked so well as we had wines from 6 different Grand Cru sites and they all showed their characters very clearly...this is exactly what you, well certainly I do, want from Burgundy at the top level.
Posted by Will Hargrove at 05:07