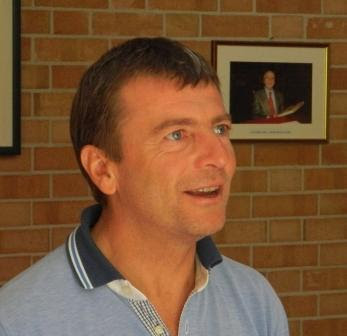 When visiting Roberto Conterno at Cantina Giacomo Conterno last May I did a series of blogs about a wonderful dinner,  tasting the wines and visiting the vineyards. This time I am just going to write up my notes of the wines as little of the information on the vineyards has changed. Those of you that know this blog or know me will be fully aware that this tasting is the one tasting I look forward to most in the year. It was a 9am tasting with all the wines tasted from barrel in large Zalto Burgundy/Nebbiolo glasses with the exception of Barolo Cascina Francia 2005 & 2007 which were from bottle.


So to get the tasting started it was Barbera time. First up where the 2011's. Roberto commented that 2011 is superb for Barbera as 2009 was, lots of fruit, 2008 and 2010 are more nervous, savoury and restrained. There was an early flowering and then a hot September. Barbera Ceretta 2011 (17) was first as always, crisp with red and purple fruit, lovely acidity but bags of full fruited goodness, very primary as expected. Barbera Cascina Francia 2011 (17.5-18) followed and as with Cerretta was packed with fruit, slightly darker in character but the wine definitely had it's trade mark saline quality, it is more mineral than the Cerretta and more masculine. Barbera Cerretta 2010 (17.5) not as lush as the 2011 Cerretta Barbera, good fruit, a little animal edge to it, a creamy texture and good length. Barbera Cascina Francia 2010 (18) is more classical than the 2009 or 2011 of the same wine, very good and will be even more impressive in another 12 months or so (Roberto’s Barbera’s age superbly), the dark fruit shows on the palate wonderfully well the nose is more muted at present. Next up was the Langhe Nebbiolo Cerretta 2009 (18) which will be released this year having seen 3 years in large neutral barrels (the 2008 had 2 years). The wine could be, as the 2008 could have been, released as Barolo but we are dealing with a perfectionist here and the 2010 looks so wonderful that it would make a great first vintage as Barolo Cerretta. This “Langhe” is very pretty, like a Volnay with the volume turned up, aromatic red fruits but with structure there too, impressive. Barolo Cerretta 2010 (18+) was the last wine not to come from Cascina Francia and as mentioned above will be the first Barolo from this site. Roberto was excited about 2010 when we visited last year but this year he just simply said “I love 2010” he also commented that the “tannin years” generally were 2002, 2006 & 2010. This wine was more deep in colour than the 2009 with a little spice too. There is lots of structure there but also a richly decadent fruit. Creamy dark cherry notes also appear, very fine. This will put this wine on the map. We then had the other 2010 Barolo Cascina Francia (18.5-19) which had a taut focussed nose, my note says “initial hit of fruit on the palate is mighty fine”. There is red, almost strawberry, fruit but also a little peppery spice. This is for the long term, very fine. Barolo Cascina Francia 2009 (17.5-18.5) – precise, very aromatic, just lovely. A tiny bit more simple than some, a little like I remember Cascina Francia 2007 being a  year ago, a very good and possibly earlier drinking vintage. Barolo Cascina Francia 2008 (19) I have been a big fan of other 2008 Piedmonts that I have tasted so had high hopes for this wine and I was not to be disappointed. Darker tarry fruit and a rose-like edge too. More brooding, more masculine. Very classical indeed, from a very late harvest. It reminds me of the serious 2006 but with more freshness, fabulous wine. Barolo Cascina Francia 2007 (17-18) this wine I have had a couple of times recently, it is in the mould of 2009, a little simpler and more forward, there is good structure here though too, possibly a result of the fact that there is no Monfortino in 2007. What would have been the Monfortino Botti (large barrel) was blended in with the rest. There is a little La Tache-like Asian spice. Another wine I know well is Barolo Cascina Francia 2005 (18) which is starting to develop just a little, as you would expect, there is a slightly meaty edge coming in to play, this works well with the still abundant cherry fruit. Very well integrated, I don’t feel this wine will shut down at all, it will drink well from now on. This then meant that the only two wines left to taste were Monfortino 2005 (18.5-19) and Monfortino 2006 (18.5-19.5). This was fascinating having tasted both these two last year. The 2005 has an amazing combination of tar, power and elegance, a little iodine and then fresh red fruit, extraordinary. You think it is a savoury wine but then you get fresh fruit, tremendous wine. The 2006 was a little closed on the nose but all the parts are there. The palate is classical, not hard but certainly very strict, acidity is great, fruit is all on the palate. Very serious and long lived wine. Roberto commented that this Monfortino is most like the 1996 and 1999, he had thought of leaving the 2006 in barrel for 8 years rather than the “”normal” 7 but he may revise that as the balance is almost perfect now. A wonderful tasting for which I make no apologies in being rather glowing, the wines from this estate and this man are as good if not better than any wines anywhere.