So this Skype-tasting with Stephane Vivier, Hyde Villaine's Winemaker, from back in July has taken me far too long to write up. The estate itself has a cracking Website with lots of information so I won't go on too much about that. This was a tasting of one particular wine from the estate - BELLE COUSINE - a wine named in honour of Pamela de Villaine, Larry Hyde’s cousin and Aubert's wife, this wine takes advantage of the cooler Carneros climate, where Merlot thrives, blended with Cabernet Sauvignon. Merlot, picked earlier, provides the core of the blend. 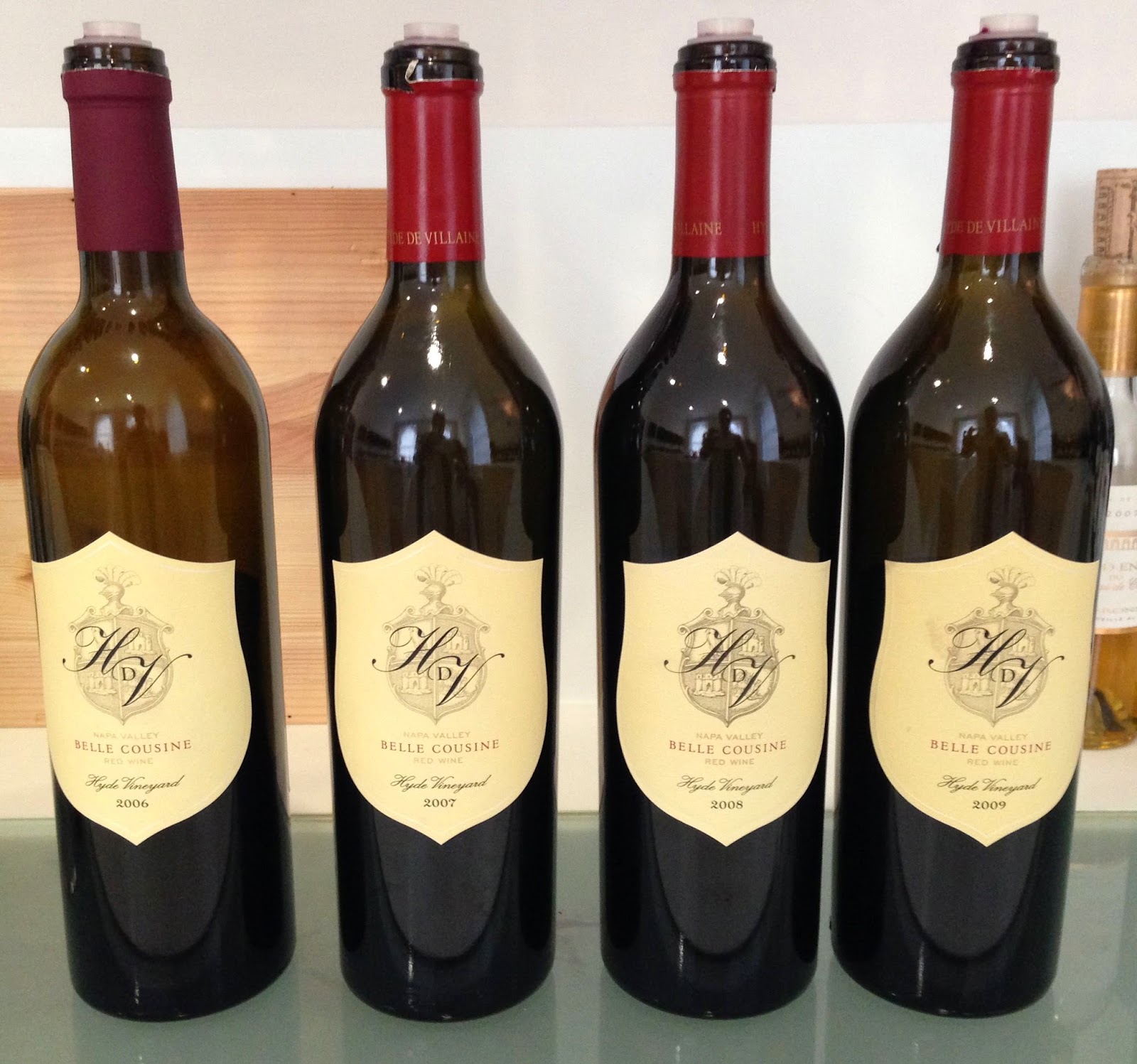 2006: 14.5%, 88% Merlot - 12% Cabernet Sauvignon. A warm growing season, lots of tannin (the highest of any vintage alongside 2013). This wine is bold and rich with a fair degree of extraction, quite international with warmth and dark but not overly black fruit character. Big foods now or keep it and see. 16.5/20 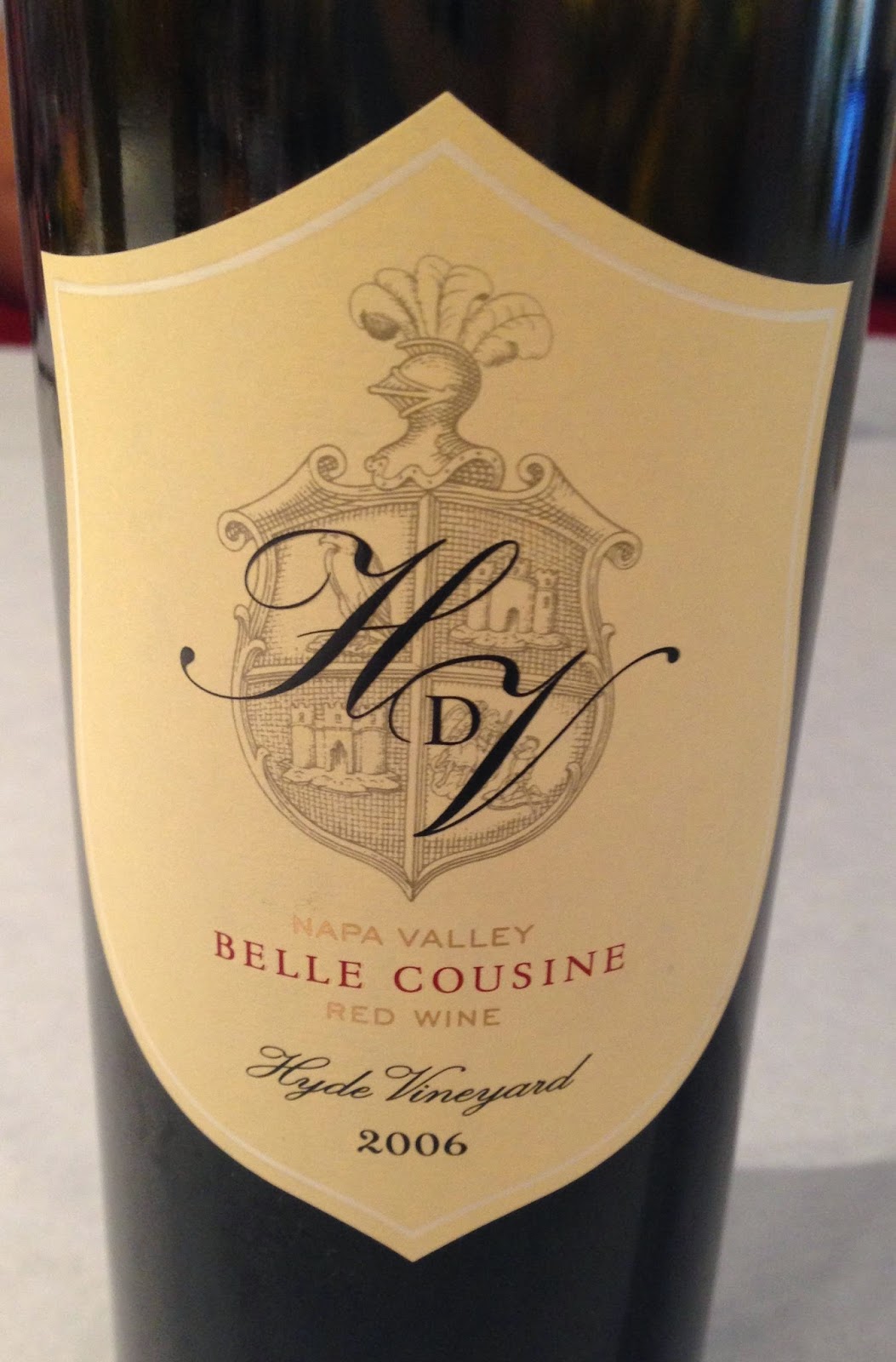 2007:  14.5%, 60% Merlot - 40% Cabernet Sauvignon. A stressful and cool growing season with a tiny crop. Lovely complex nose, real balance, much more mellow than the 2006, very complete with a lovely persistent but not angular texture, reminded me a little of Dominus, impressive. 18/20

2008:  14.5%, 60% Merlot - 40% Cabernet Sauvignon. The 2008 growing season was marked by extremes. The coldest spring since 1970. The Hyde Vineyard’s proximity to the San Pablo Bay certainly diminished the impact of this cold weather. 2008 was the second year of a drought that led to smaller clusters and berries therefore bringing an increased concentration. The wine is very open and expressive, more red fruit character, more feminine and at the she time slightly less ripe. I like this, a good nervousness.  17/20

2009:  14.5%, 60% Merlot - 40% Cabernet Sauvignon. The 2009 winter was dry through until rains in the early part of spring. Bud break was later than usual avoiding any risk of frost damage, from there mild weather created a long, slow ripening vintage leading to wines of balance but no lack of concentration. I really liked this, an elegance and a little drier, more herbal, lighter notes in general a little leather and cedar, elegantly complex. A definite buy. 18.5/20

I think what struck me about these wines was the very welcome vintage variation - the 2007 and 2009 were more my style, the 2006 and 2008 possibly more what people expect of Napa. There is a lovely balance and the wines will I believe age very well, especially the 2007 and 2009 with their balance. Would love to go and visit some day...
Posted by Will Hargrove at 04:30