This was actually the second gathering of Old Shirburnians who find themselves in the wine trade! The first being at the now no more, Zucca (wipes tear from eye). We managed to span all the years from 1977 to 1995 with the exception of the academic year '82-'83 but this is under control for the next "meeting".Those present are listed at the bottom of this post. 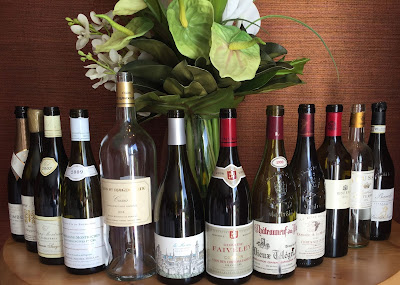 The venue was chosen and co-ordinated by, organiser-in-chief, Meels and was to be "Chez Bruce" which has long been on my "must visit" list! I was not disappointed one bit, delicious food, well balanced with an emphasis on what I am going to call gentle properness. My only gripe, entirely unjustified, is the location. I desperately need - in a "first world problem" sort of way - a restaurant like this or Kitchen W8, Medlar, La Trompette in North London.

Anyway, once "Larry" had made the long trek from practically next door to the restaurant and only been 25 minutes late we were off and running. No theme just bring a bottle or two...

We kicked off with Nyetimber Tillington Single Vineyard 2009 - first time I have had this and I have to say I was very impressed, good bit of toasty richness but nicely refined and very balanced. No more biscuity than a perfect bit of shortbread, very nice start (well for 8 of us...).

As we cracked on with the starters it was time for some Chardonnay with Californian leading the way before two Burgs. Hapgood Chardonnay 2012, Brewer-Clifton was lovely, rich and full but not smokey, more about the intensity of rich tropical yet mellow fruit. There is acidity there but behind the richness, waxy. Went very well with my Curried smoked haddock with spiced fish pastilla, crisp onions and coriander. 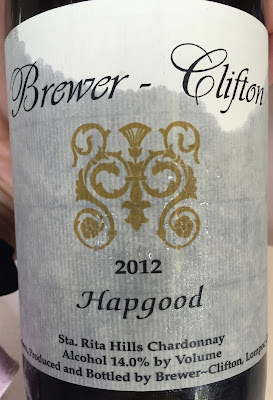 The Burgs were - Puligny-Montrachet 1er Cru Les Referts 2007 from E.Sauzet and
Chassagne-Montrachet 1er Cru Les Chenevottes 2009 from Domaine M.Niellon. Not that it's a competition but the Sauzet pipped it for me here, probably more down to the drive of the 2007 vintage than producer. The Sauzet was crisp with a little richness there but had good energy and is spot on, to my taste, right now. The Niellon, and I am getting to know this producer a little through recent experience, was good but needs drinking and had a slightly looser feel. I am being picky though, it was lovely. 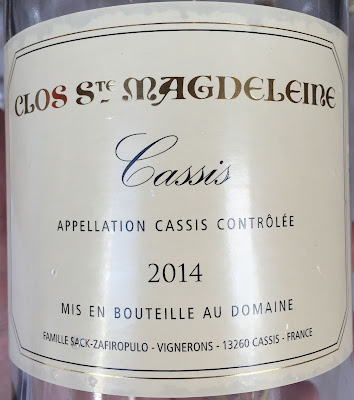 Our "compulsory" middle course of Crab Ravoli worked well with the magnum of Cassis 2014, Clos St.Magdeleine. Clean fresh and wonderfully unpretentious this just flew down. 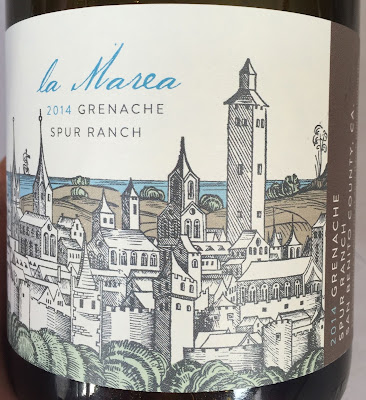 And so to the reds Spur Ranch Grenache 2014, La Marea kicked us off, another selection from our American evangelist, a very elegant Pinot-like feel to the texture and weight but contrasted by an almost northern Rhone pencil shavings and graphite scenario, nicely done. Corton Grand Cru Clos des Cortons 2008, Faiveley then followed, a very gently handled Burgundy, more Cote de Beaune in feel than the grittiness of Corton. I really like the 2008 reds they have an elegant leanness. 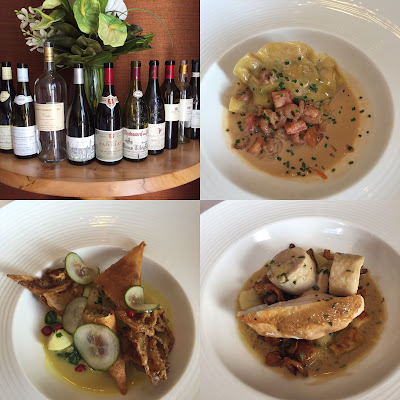 Time for some Rhone as the conversation continued its predicted decline.
Chateauneuf-du-Pape Cuvée de la Reine des Bois 2003, Domaine de la Mordorée and Chateauneuf-du-Pape 1990, Vieux Telegraph were the pair and I have to say I really enjoyed both. The Vieux Telegraph is in a lovely place, degraded and mellowed but still together, no real upside to keeping it I imagine but lovely now. The Mordoree had all the good characteristics of 2003, richness, ripeness and slightly dry fruit but none of the over extraction or over ripeness. Love the Rhone more and more.

Off to Italy for Biserno 2010 by Tenuta di Biserno (I am biased), I possibly miss-judged this by having it decanted for quite a while. It might have been better with less air as it had tightened up, still lovely though. Rich full and decadent!

Rieussec 1976 was a very thoughtful selection with a handful of those present born in this warm (hot) vintage. It was just like the top of a creme brulee, rich, decadent and lovely with the tart and the cheese. I had brought along another bottle that i love showing people and had no intention of carrying it all the way home - Barolo Serradenari 2011 from Giulia Negri was the wine in question. From the highest Cru site in the Barolo region, elegant and poised, lovely young Barolo.


A splendid afternoon (early evening if you include the beers) that made it all rather obvious why we'd all ended up in the trade…we like wearing pink shirts and talking (mostly) nonsense…onwards to round 3 which may aptly be held on 1st April... 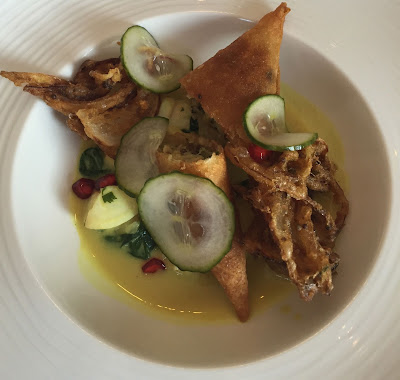 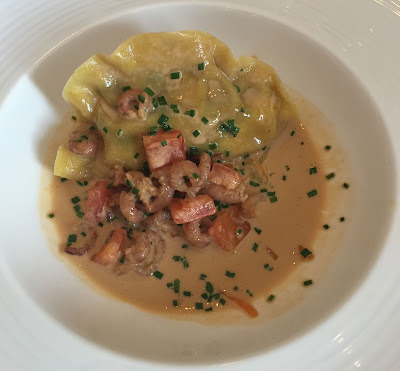 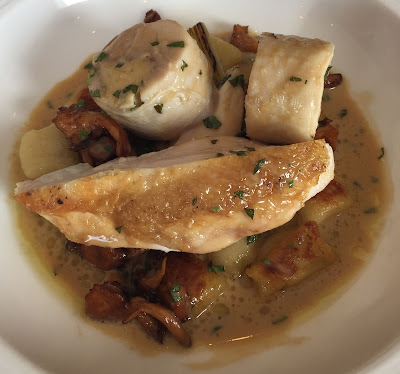