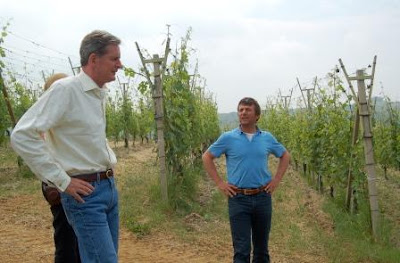 Just some pictures from the two vineyards Roberto owns, first up is Cascina Francia. The first photo being of Roberto with the southernmost vines behind him. The second is looking west. You get some idea of the severity of the slopes

here from the pictures but in reality it is far steeper than it looks. The vineyard faces west south west and even though it was a very hot muggy day for May you had a cooling breeze coming up the slope towards us. The Barbera is on the lower slopes. 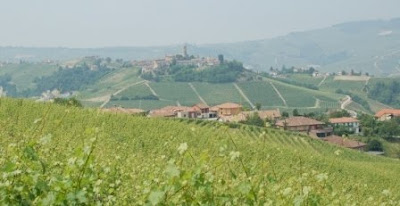 Next up was the 2008 acquistion - Cerretta - The first of the photos is taken looking across Cerretta in the foreground towards Castiglione Falletto on the hill top in the distance.

Cerretta is a more complex vineyard as it is not a Monopole and there are a few different parcels. When in the two vineyards you can really feel why the two spots produce such different styles. 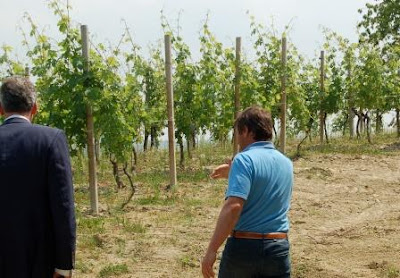 And sadly this was the end of the trip...but have no fear I'll be going back...