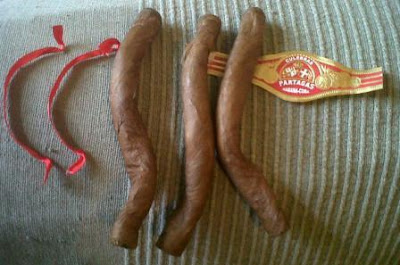 One, or should I say three, of the cigars I brought back from the trip to Spain mentioned in my last blog was a Partagas Culebras. I looked up the history of this cigar (on http://www.cubancigarwebsite.com/ ) and it is an interesting one. Until 2005 Culebras was a standard (but machine made) production cigar. Re-released in 2007 as a LCDH cigar and discontinued in 2011 as part of the new policy of releasing LCDH cigars in limited numbers. It is a unique smoke in a physical sense and I was kind of thin king it’d be ok but actually it had a great draw a really good burn and that Partagas spice but if anything a touch more mellow. It was a real joy to smoke, I had forgotten to take a drink into the garden but this cigar was so balanced and enjoyable that it didn’t matter. 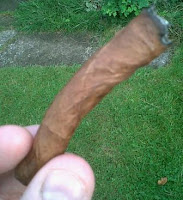 The flavour profile didn’t change much but that didn’t matter. I wonder if the other two are going to be as good, no reason why not other than the fact that I know expect them to be good, and from recent wine and cigars tasting this can be dangerous territory. Under promise and over deliver is the best way. Try a Culebras…another reason Partagas is definitely by brand of the moment.